Off To A Slow Start

There just isn’t much to report other than the markets were thinly traded today and we will probably get more of the same tomorrow. The markets are closed on Wednesday, for New Years, and then open again on Thursday and Friday. However, as I’ve mentioned before, there isn’t much volume expected any of those days. Proceed with caution when entering any trade. 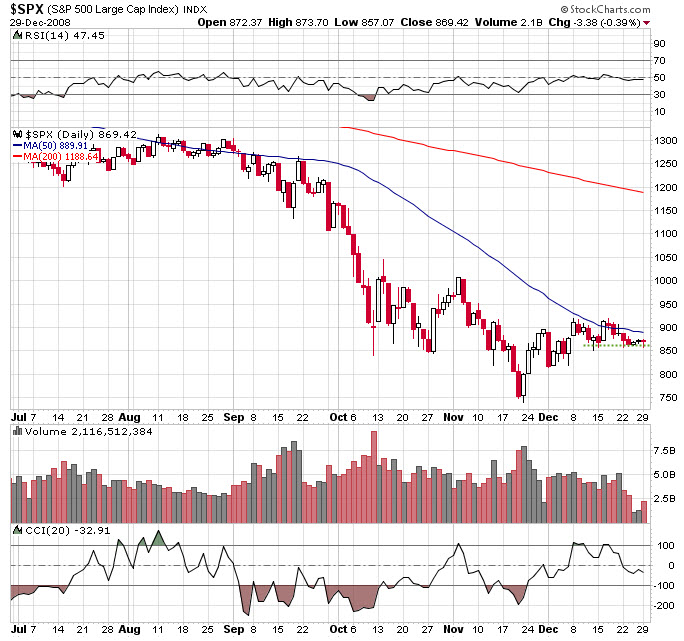 Retailers had their worst holiday season in years and its spun some rumors in the sector as more bankruptcies are “planned” for 2009. Circuit City, Linens ‘n Things and Sharper Image are some of the names that filed this year. While it is not wise to speculate on an individual company in situations like this, you can turn to the ETF that tracks the retail sector, $RTH. You can see from the chart below that there is definite resistance around the $78 level and a recent uptrend was violated. Obviously wherever there are rumors, you get heavy speculation. Stick to the technicals in any trade, especially in this sector. 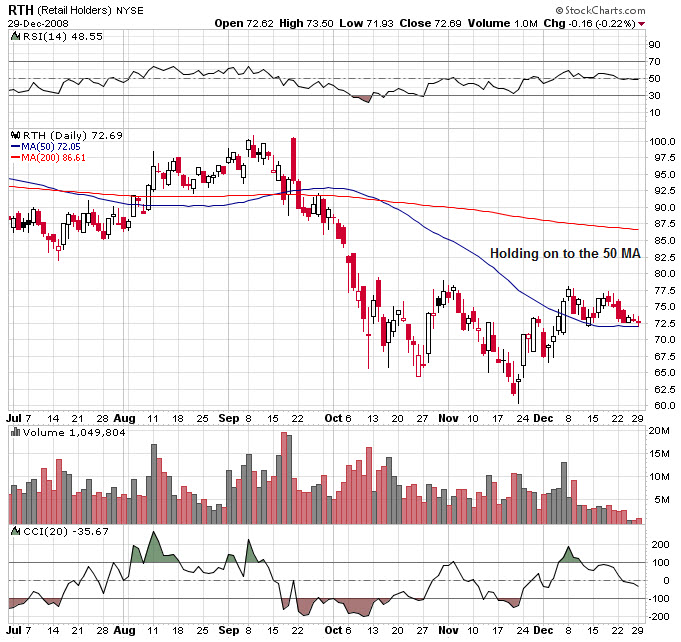 The weekly Treasury auctions held today showed that interest rate on six-month U.S. Treasury bills dropped to unseen levels at 0.25 %. That’s down from a rate of 0.285 % last week. With all the uncertainty in the equities market, you’ll see the yields or interest rates go down as investors pile into the T-bills, bonds, etc. Earlier this month, the rate on the 3-month bill hit an all-time low of 0.0005%. That means that for every $10,000 bill, the three month bill was selling for $9,985.75. Less than face value!

Tomorrow we get the HPI (housing price index), Chicago PMI, and the CB consumer confidence report. There are no S&P 500 companies reporting earnings Tomorrow.