Off To A Bullish Start

The week is off to a bullish start with the major indices all making some nice gains today. With no economic data today the markets reacted to a couple of news items like the highly probable automaker bailout and President-Elect Obama’s infrastructure plan. Most of you probably noticed the sell-off we had in the last 30 minutes of trading today and let that be a sign. Be mindful that the state of the current recession is still in question so tread lightly with any bullish plays.

The broader market ($SPX) is approaching its 50 SMA and closed above some pretty good resistance which should mean we get some pretty good support from it now. We did have that sell-off in the last 30 minutes of trading today and that would suggest that after two days of gains, some profit taking was due. Watching closely on an intraday chart you could see a bit of buying in the last 10 minutes. If you are thinking about getting long, make sure you follow the rules of the trade and use a stop-limit order. Remember, we are in a bear market. 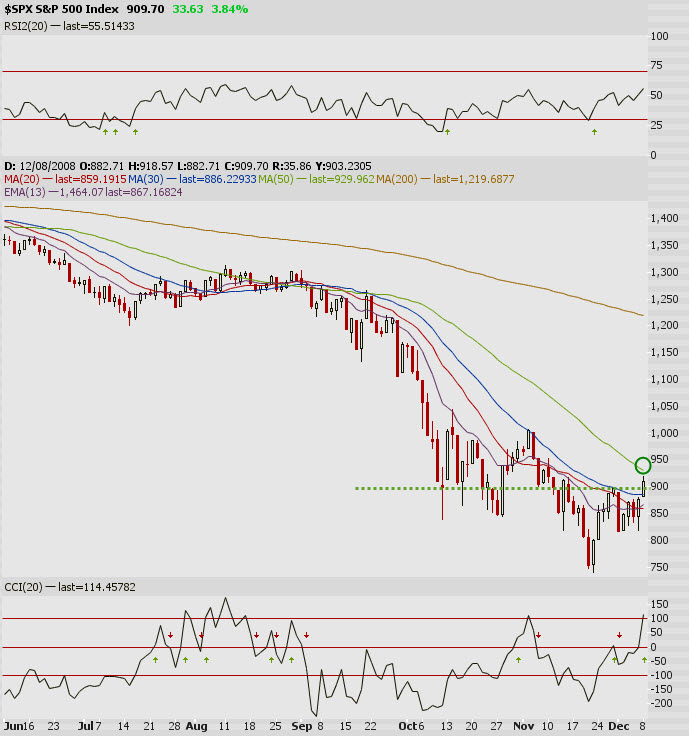 With no real data coming out tomorrow either we could be in for another one-sided day like today. That doesn’t necessarily mean that the markets will go up again, but rather they will pick a direction early on and stick with it. Take a look at the breadth below and you can see that from early on the bulls never really looked back after gapping up this morning. 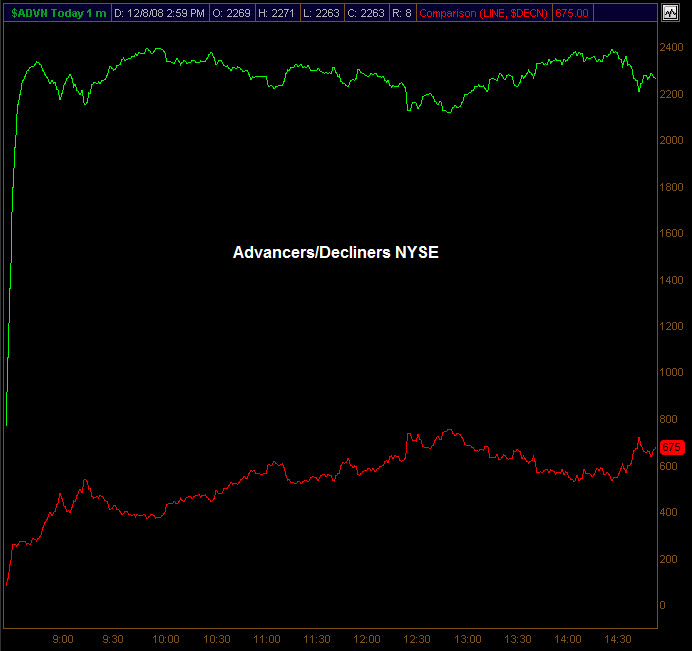 Tomorrow we get the pending home sales and IBD’s economic optimism report. KR, AZO and PLL are the S&P 500 companies that are reporting earnings tomorrow.