My History With Apple

There’s no question that Apple is a great company that continues to build products that consumers want. Some may even argue that it’s not a want, but a need. I felt a little old recently after a recent discussion with my oldest son (as you’ll see from the milestones below) and thought I’d share. It’s nothing fancy, in fact I will no doubt get the most out of this post as it was a blast trying to remember the specifics. 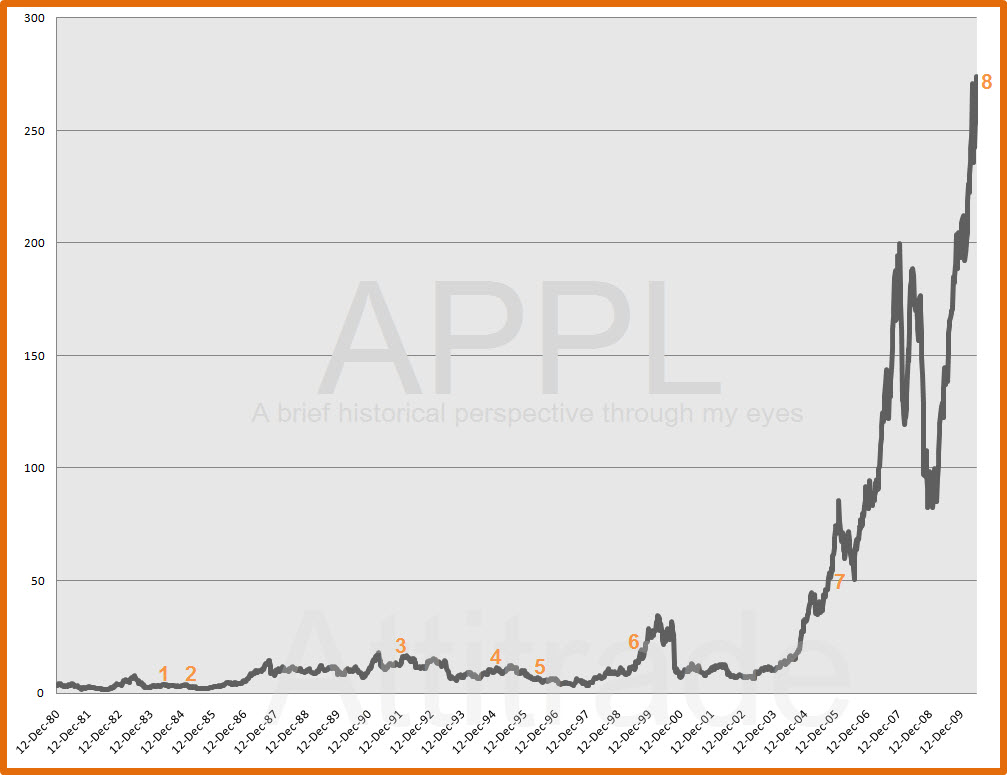 Crazy, the growth of the Apple brand. I don’t remember standing in long lines for the IIE or the Newton. From my perspective it seems as though Apple has become more THE choice rather than the “other” choice. Hopefully I’ll be around when my son takes his son to the Apple store to buy his first Apple computer. Would love to hear any thoughts you guys have about the Apple brand. Thanks for reading.