A nice start to the week for the bulls as the major indices all locked in some decent gains with the broader market ($SPY) gaining nearly 5%. However, I would question the conviction as the volume today was really light. We are approaching a significant short-term resistance in the broader market so if it is broken, we could see another short squeeze. A close above the 13 EMA would also weigh heavily, for the short-term, on the bulls case

The volatility lost nearly 25% today with the credit markets finally starting to show some signs of loosening. Whether or not volatility will stay low is yet to be seen as today’s buying volume is the first area of concern. The other area of concern is that earnings season is in full swing and it’s pretty much a given that the backwards looking statements will be bad. However, it’s the forecast for the next quarter that will dictate the market’s reaction.

Big Ben was in front of Congress again and had this to say. “With the economy likely to be weak for several quarters, and with some risk of a protracted slowdown, consideration of a fiscal package by the Congress at this juncture seems appropriate.” With that statement alone, the US Dollar gained 0.7% for the day. The question that remains though is whether or not the Fed will cut rates again in a few weeks. If they were to cut, that 0.7% gain and then some would come right out of the US Dollar. 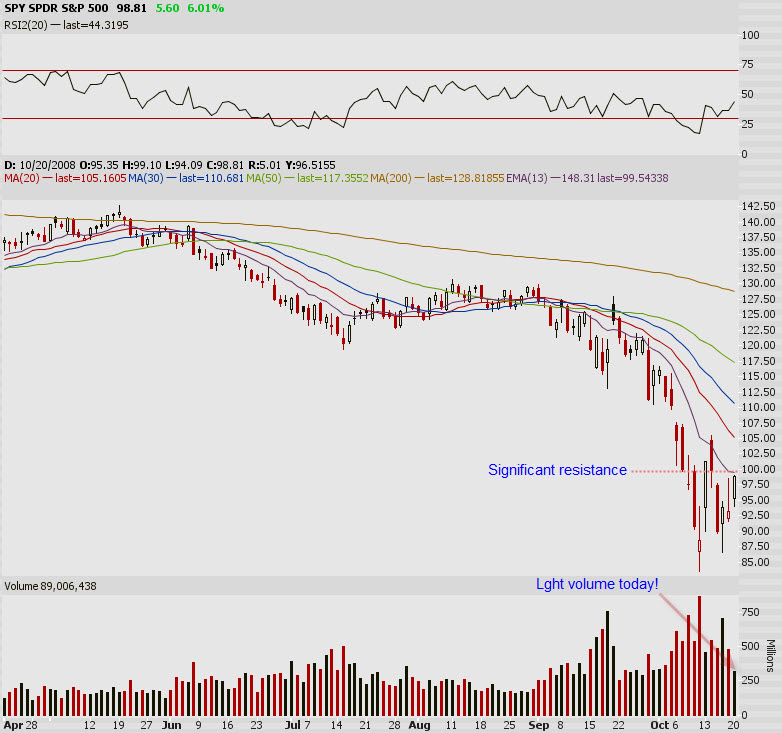 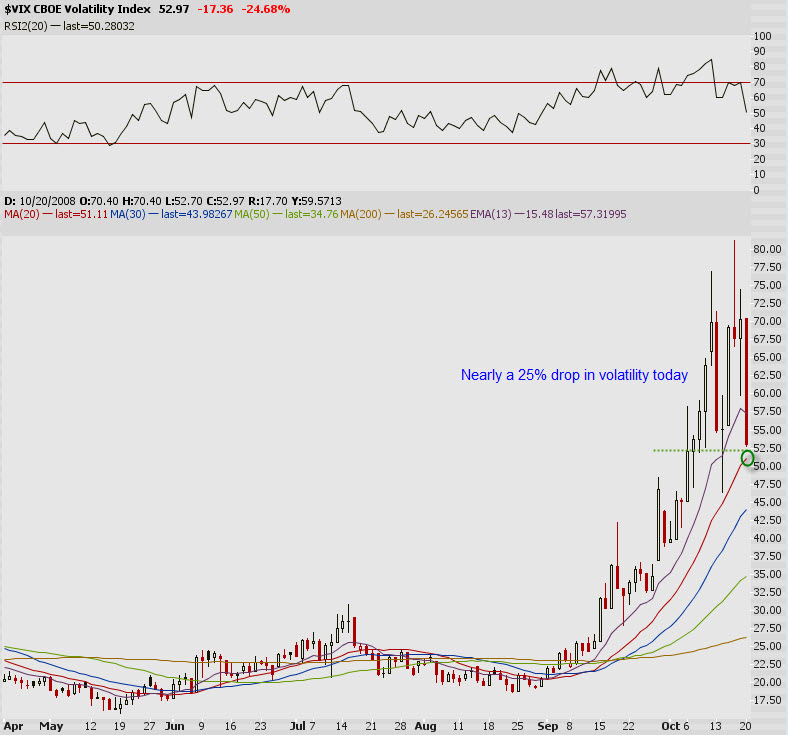