The bulls put in a hard day’s work and not much to show for it on the candles. That doesn’t mean we are headed lower, just means that we had minimal gains today as the markets chew on the ramifications of the Fed’s cut. We also have options expiration on Friday and that alone tends to influence stocks quite a bit. At any rate, the bulls would argue that even though today was a small loss, it’s still a victory as there wasn’t a sell-off. 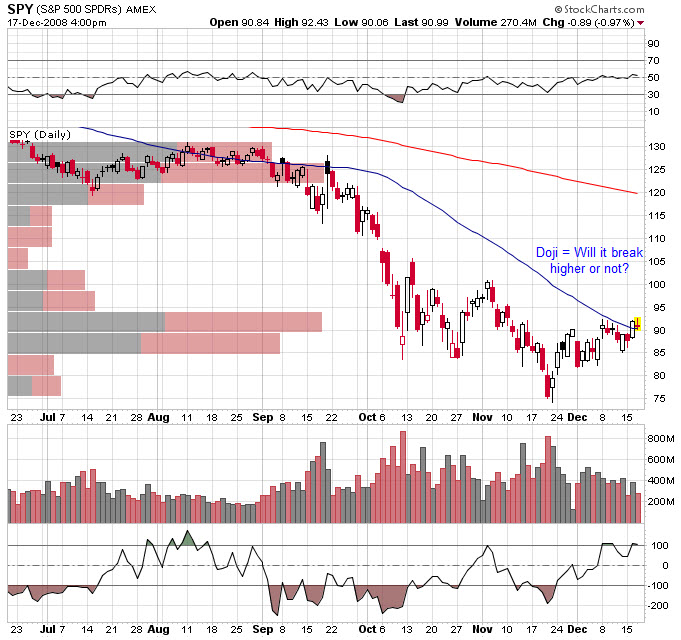 Oil ($USO) has seen a serious sell-off since reaching some all-time highs back in July of this year. In fact, oil is at levels it hasn’t seen since 2004! Today’s drop alone was about 8% so for the past 5 months all of the gains seen in oil for the past 4 years are gone. Sounds like the equities markets. OPEC announced a 2.2 million barrel production reduction and oil still sank. Oil producers have leased large oil tankers just to hold the supplies they have so even with the cut in production, there appears to be a lack of demand. 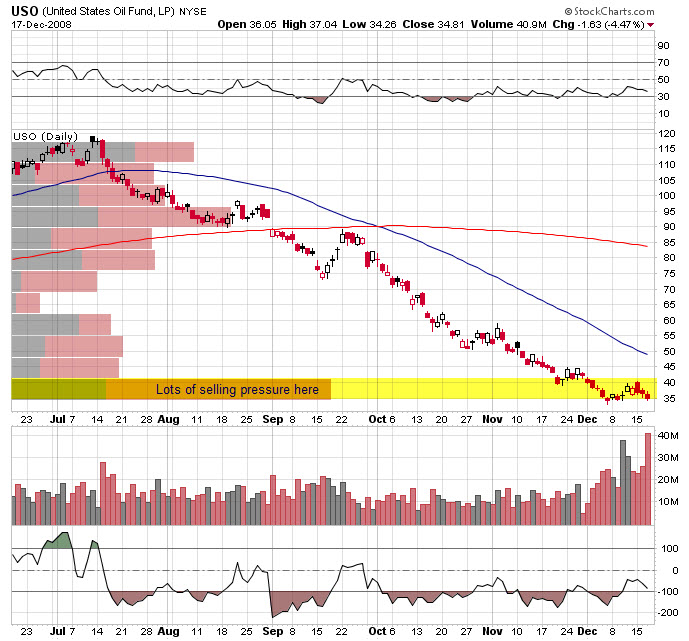 The US Dollar ($USDX) has been severely damaged from the cut and has, for the past two weeks, taken quite a fall. There isn’t much love for the greenback at this time, despite the rally we’ve seen since July (remember oil’s decline). Keep an eye on the 78 level of the US Dollar index as a level of support. If that level is broken, the odds increase that the July lows around 72 will be tested. 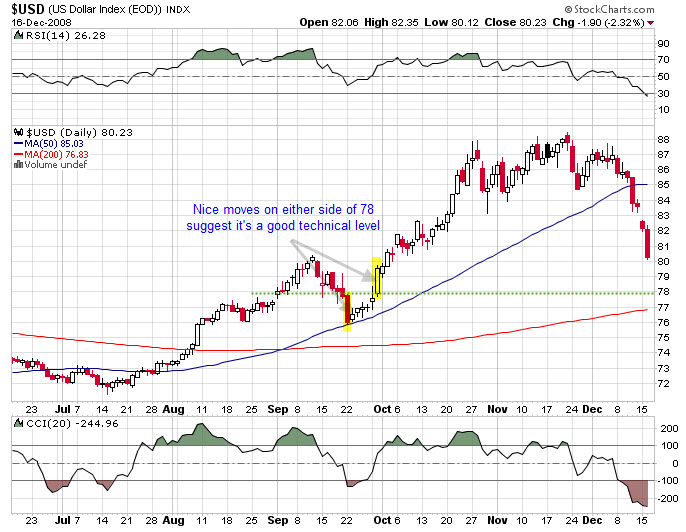