Is There A Bull In That?

Relatively speaking we saw probably the best day for the bulls in the current holiday trading season. All of the major indices had some nice gains today and the volume wasn’t too bad (remember, relative to the past week). GMAC gets to dip into the TARP funds and that was a small catalyst along with a better than expected Chicago PMI. With tomorrow being the last trading day of 2008, it will be interesting to see where we end the year. 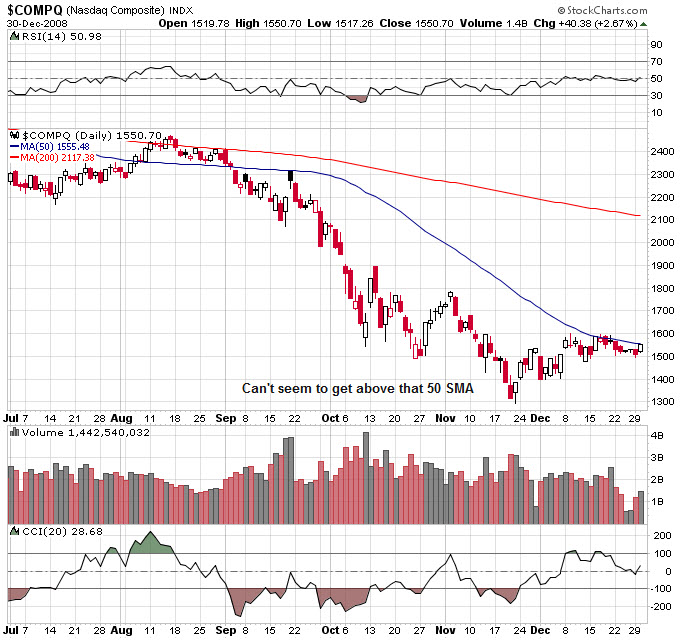 Some rather large option activity today in an $AAUK, a foreign owned company, that trades as an ADR on the Nasdaq exchange. Anglo American is one of the world’s largest diversified mining and natural resource groups. It also trades on multiple exchanges so the chart has gaps nearly every day. However, someone stepped up and bought over 35,000 calls for the March $12.50 strike. This doesn’t mean it was a bull; it could have just as easily been a bear selling to a poor market maker. 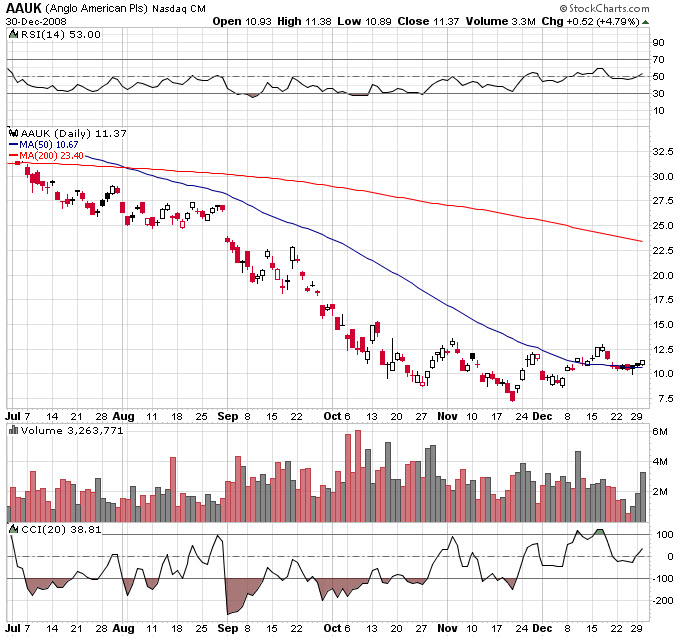 One final note on the state of consumer confidence (as if we didn’t already know). The Conference Board released their latest reading this morning and it came in at a record low. The street was expecting a reading of 54.8 and was handed a reading of 38. Needless to say, the fear of the unknown with regards to unemployment and next quarters’ results weighed heavily on the number.

Tomorrow we get the weekly jobless claims, crude oil inventories and natural gas inventories. There are no S&P 500 companies reporting earnings tomorrow.