Warning: Trying to access array offset on value of type bool in /home/335080.cloudwaysapps.com/kjttymqdec/public_html/wp-content/themes/Centumr/inc/template-tags.php on line 1109
 Is the FOMC Santa or the Grinch? – PsychTrader

Is the FOMC Santa or the Grinch?

Since the S&P 500 hit its high off the March lows on November 16th it has done nothing but consolidate in a tight range. Take a look at the chart below and you can see that the range is indeed narrow but what’s more important is that the volatility is at some extreme lows. This type of chart pattern and decrease in volatility typically acts like a coiled spring. The mystery is deciphering which way the spring is pointed. 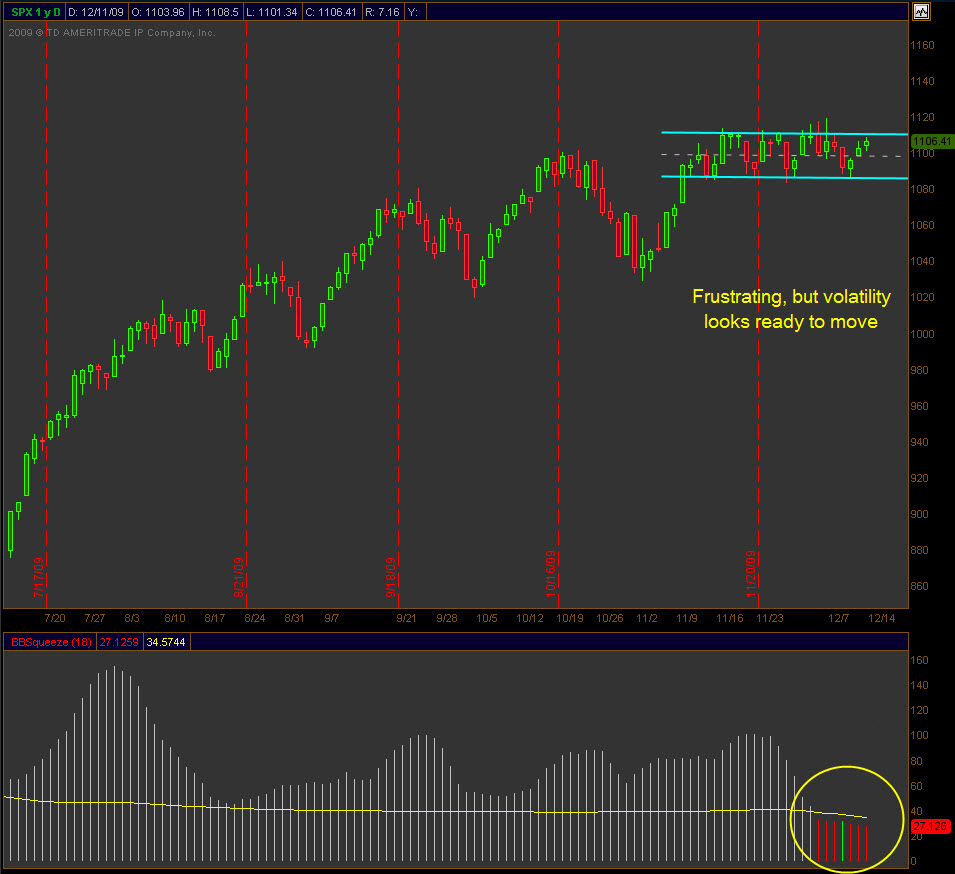 The cynic in me can’t help but believe someone or something is moving the Dollar higher.  Why? So when the FOMC announces on Wednesday they won’t be raising rates anytime soon that the fall will not be as severe if the Dollar had continued to make lower lows last week. I mean with all the improved economic data of late the thought is that the Fed will announce sooner rather than later with regards to an increase. If the statement is more dovish and suggests that the rate will be left where it is for some time, then the Dollar should move lower, commodities like gold and silver higher and equities will break through to the upside. That’s what I’d like to see for the holidays…a nice Santa Clause rally into the new year.

However, if the FOMC gives the slightest hint that rates could be increased soon then equities and commodities could be in trouble as we enter 2010. I guess a lot of their decision will boil down to how healthy the economy is and they know a lot more details than I do. What I don know is that this month’s retail sales report showed some broad based strength including cyclical sectors like building materials and electronics. Whereas last month’s strength was all in autos from the “cash for clunkers” program, this month had some teeth. One other note to the retail number is that this month’s report was the first time in two years that retail sales showed a year/year increase on an inflation adjusted basis.

My guess is that, especially with no economic reports Monday, that we continue to trade within the well defined range and that the Dollar continues to grind higher to sideways. We do get both the PPI and CPI as well as the TIC Long-Term Purchases and all three of those can move the Dollar significantly so they should be a great tell into the FOMC statement. By Thursday’s close I’d like to see a decisive break out of this trading range and in preparation for that I’m looking to buy some strangles in the $SPY. Volatility is at the lows and if we do break out then I’ll get some intrinsic value as well as extrinsic value in the options.

As a side note, if we do break higher here the leash is short if you take a look at the monthly chart below there is some well defined resistance at the $1156 area. This area will no doubt give the broader market a fight. 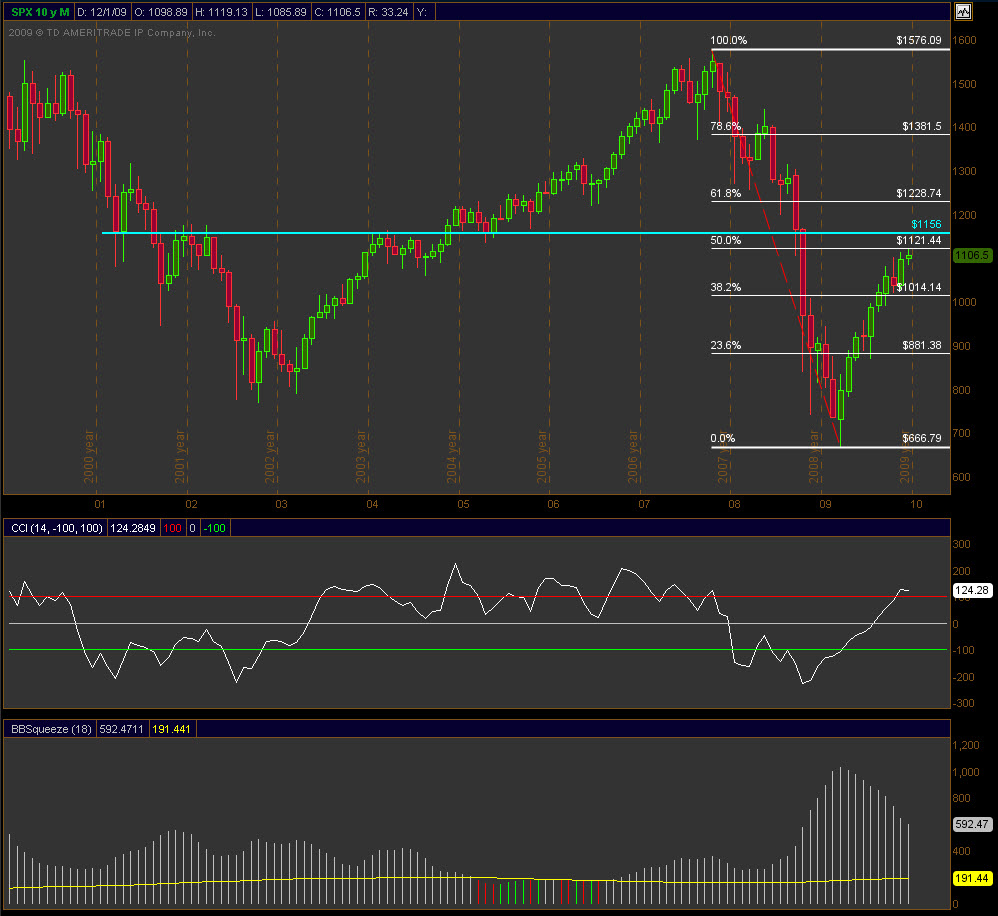