Is That Smoke I Smell?

The major indices finally gave in to the bad economic data out there and the probable failure of the automobile industry bailout bill in the Senate. If the recent gains that have occurred in the market are due to the belief that congress would pass the auto bill and it looks as though it won’t pass, the VIX should have spiked today. Quite the contrary as we didn’t even get a .10% increase in the $VIX. Perhaps tomorrow’s data will change that. 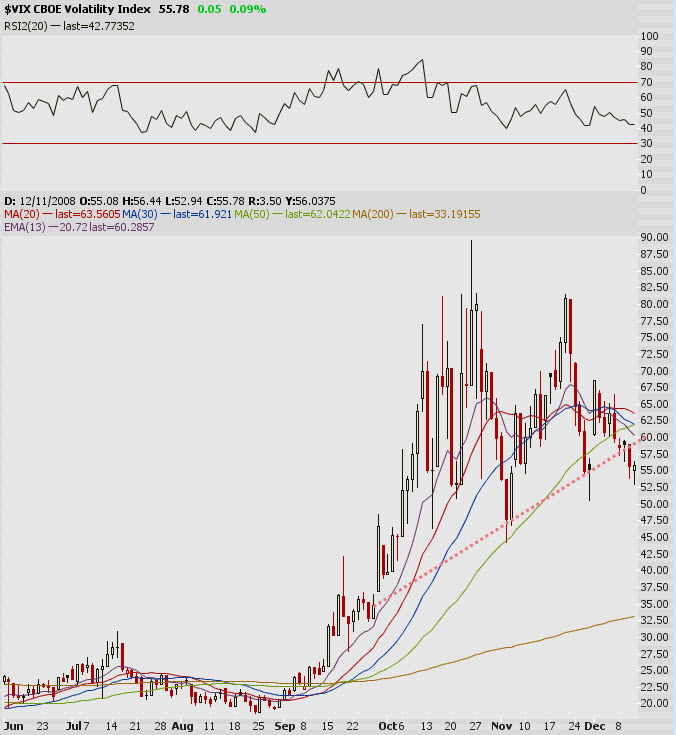 With one trading day left in the week we are looking at a nice doji in the SPYders and that’s exactly how this week has felt—indecision. There is good reason to have a doji forming as the broader market has been stuck between the 30 MA and the 50MA. The bulls would argue that we are forming a higher base here while the bears would argue that the market is on the edge of a large cliff. Whatever the case may be the SPYders are building up some nice energy in the doji for a break in either direction. 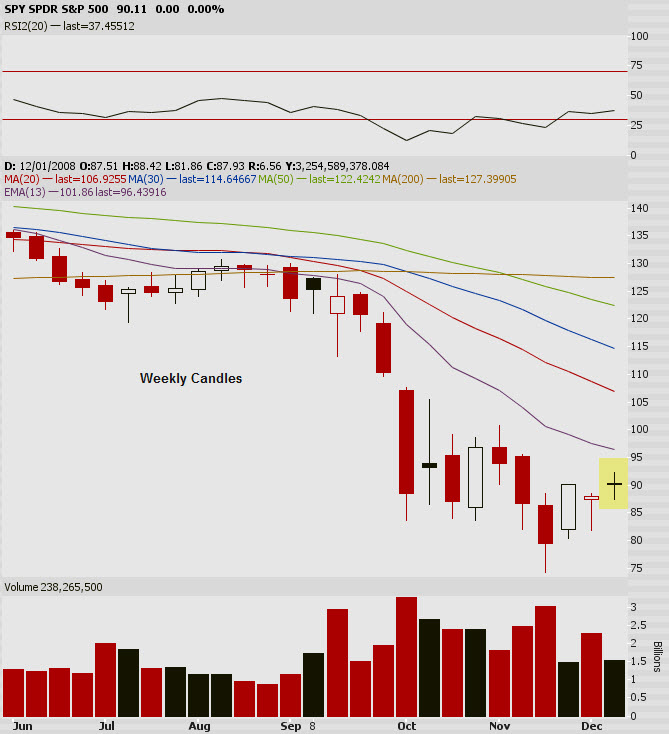 It looks as though we independent traders may have some increased competition as Bank Of America/Merrill Lynch is planning on cutting 30,000 employees over the next 3 years. Add to that those that have lost or will lose their jobs a Citigroup, JPMorgan Chase, Goldman Sachs, and Morgan Stanley and it really adds up fast. That’s a lot of highly skilled investment bankers looking for work.