The FOMC meeting minutes were released this afternoon and it shows no sign of an improving economy any time soon. With the Fed rate at historic lows “at or near zero,” we’ve seen mortgage rates drop to 5.1%. That level hasn’t been seen since 1971 and it appears as though the Fed believes that rates will stay low for some time. Such action could be bullish for equities as money comes out of the treasuries and going into “beaten down” and “bargain” stocks that are out there. 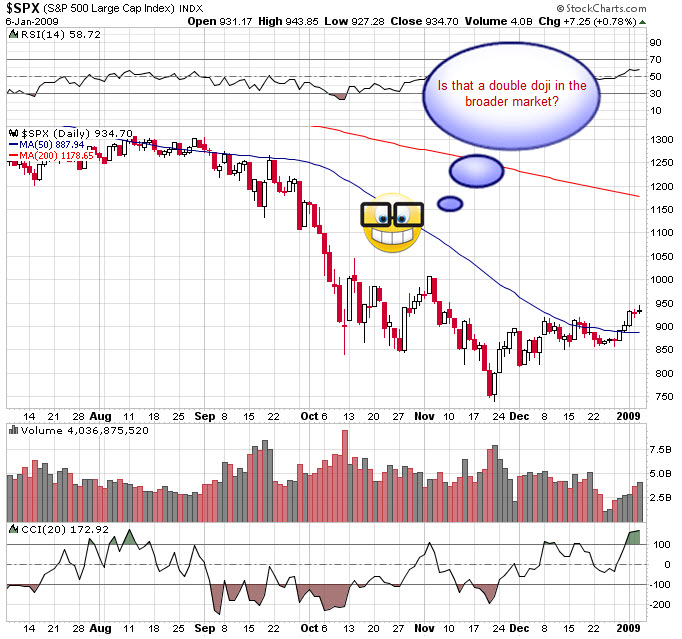 Other economic news today wasn’t that great either with factory orders declining by 4.6 % in November, nearly double the 2.5 % loss expected. The drop marks a record fourth straight month of declines. Pending home sales fell 4% to 82.3, a record low and if you add in a downwardly revised October reading of 85.7 you get a lot of homes on the cheap. Problem is, that there aren’t that many buyers out there as speculators are long gone or sitting on properties that they wish they weren’t. The ISM said the U.S. services sector contracted at a slower pace last month than expected (the silver lining). The index rose to 40.6 in December from 37.3 in November. 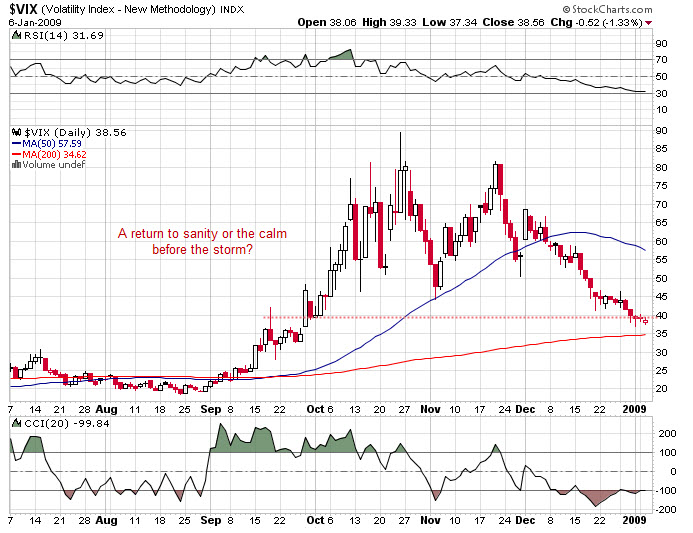 Tomorrow we’ll get the ADP jobs number with the street looking for a loss of -450K. For those of you quick on your toes you know that the big boy is coming on Friday. That’s right! The non-farm payrolls and unemployment rate will be released on Friday morning. It looks as though Alcoa ($AA) will be adding quite a bit to the unemployment rate with a 13% cut in its workforce. They also talked about cutting around 1,700 contractors as well. One of many companies that are trimming troops this new year. It also puts more pressure (in the form of hope) in President Elect Obama’s stimulus package.