The official first day of 2009 with full market participation shows indecision as a doji formed on ok volume. No real economic events occurred today and not much in the way of news other than president elect Obama’s economic stimulus package proposal. Perhaps lots of traders were snowed in at their cabins or a catalyst is needed, but I’d say the latter. We do have a few catalysts tomorrow so we’ll see. 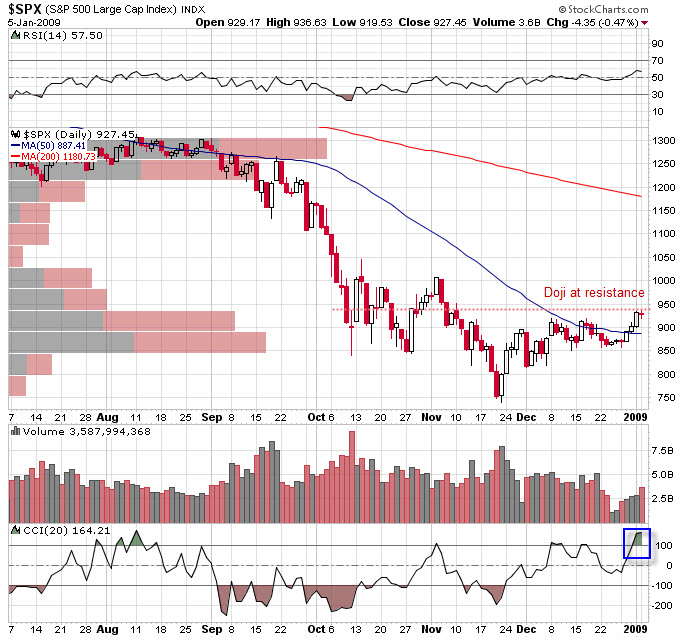 Oil has been creeping higher and the ETF that tracks oil ($USO) is approaching its downward sloping 50 MA as well as some horizontal resistance. Oil was hit extremely hard in 2008 after reaching record levels in July. Light, sweet crude for February delivery rose $2.47 cents to settle at $48.81 a barrel on the NYMEX today. Keep an eye on the events in Gaza as that’s what’s being blamed for the increase. As the commodity reaches technical levels, it might give a nice setup. 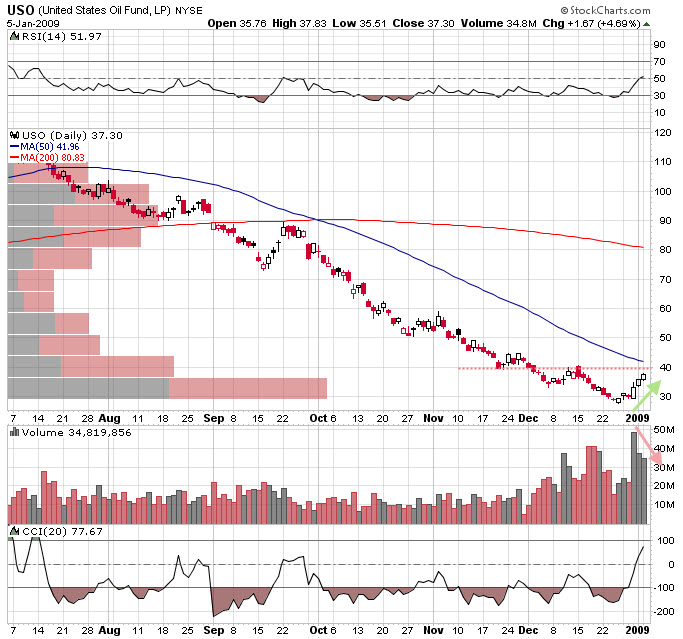 The US automakers reported huge sales drops for December with Ford falling 32%, $GM 31%, and Chrysler at 53%. Not good numbers, especially when two of the three are living on life support and the third too proud to admit it needs support as well. At any rate, US vehicles weren’t the only ones that suffered as Toyota’s sales fell 36.7% and Honda saw a 34.7% drop. US Steel ($X) is closing a plant in Texas that manufactures steel for the auto industry as they see trouble in that industry.

Tomorrow we get the ISM non-manufacturing PMI, pending home sales, factory orders, and the FOMC meeting minutes. On the earnings front, there are no S&P 500 companies reporting tomorrow.