How bad can the data get!

We’ve seen quite a bit of bad news from the economy and from corporate earnings lately as the past quarter was horrible. With the major indices as down as much as they are and bad news continuing to come out, it becomes hard to know how much bad news is priced into the market. Take the factory orders from today for example. The street was looking for a .7% drop but instead got a 2.5% drop; three times worse!

Eventually we will get to a level where all the bad news is priced into the markets, it’s just knowing when and what that would look like that is difficult. Certain stocks have been sold off and those are easier to see the potential as they trade at 5 times earnings, etc. But with the thousands of stocks out there and certain events occurring that have never occurred before, the job becomes full-time.

Tomorrow we get a look into some jobs data from ADP, which claims to be a “heads up” to the nonfarm payrolls number on Friday. I’ve yet to see the ADP number be anywhere near the government’s number and as such it hasn’t near the impact on the markets. In fact, tomorrow’s ISM number will probably hold more weight than ADP’s jobs number. 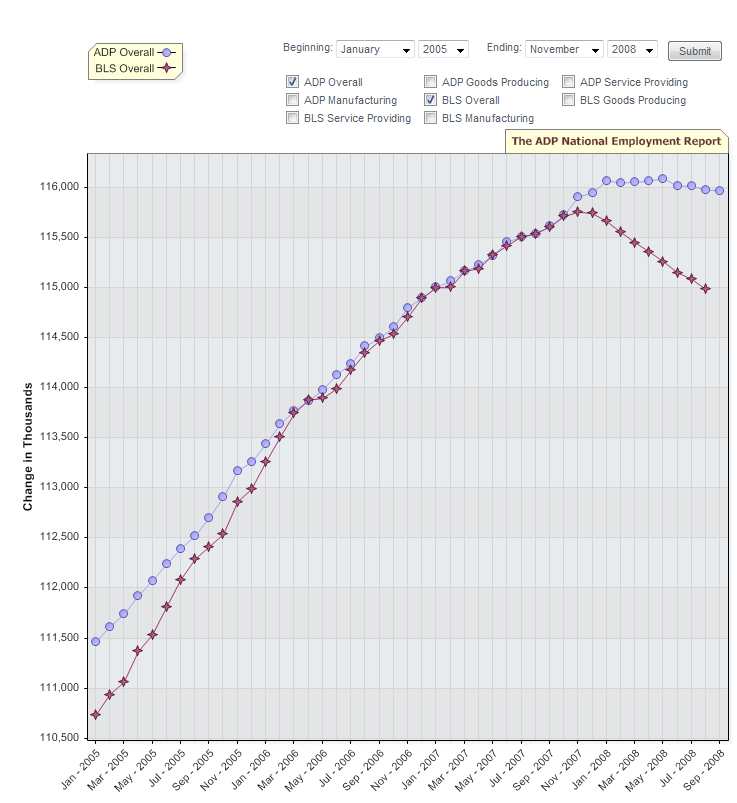