No gas for the bulls as yesterday’s meager attempt to buy some lows was met with fierce selling today. In fact, the broader market ($SPX) closed at its lowest point in 5 ½ years today. The Dow broke the psychological price level of 8,000 and the Nasdaq broke through 1,400 as well. There was one thing missing though with the selling and breaking of technical levels—volume. Typically there are sell programs and technical traders stepping in at such breaks, but the volume would suggest something else.

The consumer has tightened the purse strings to a level that hasn’t been seen since 1982. Consumer prices fell 1% in October even though energy prices fell nearly 9%. It is painfully obvious that even though we may be paying less at the pump, those savings aren’t going anywhere else other than under a mattress. With unemployment increasing at the current rate and the fear of the unknown at all-time highs, it is safe to say that at least psychologically we are in a recession and perhaps even a depression.

We got a glimpse of the FOMC meeting minutes today and they didn’t add to the bull’s case at all. In fact, GDP is expected to grow between 0% and 0.3% in 2008, with growth in 2009 coming in somewhere between – 0.2% and 1.1%. They also projected that the unemployment rate will average between 6.3% and 6.5% at the end of this year with 2009 seeing an average between 7.1% and 7.5%. And finally, the Fed said inflation would moderate to a 1.3% to 2% pace next year, with core inflation at 1.5% to 2%. These numbers are within the Fed’s “comfort zone” but they are probably the only ones comfortable with numbers like that. 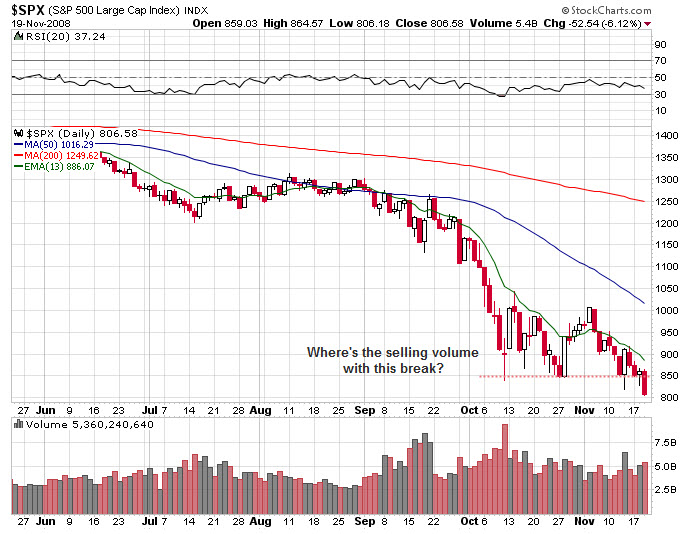 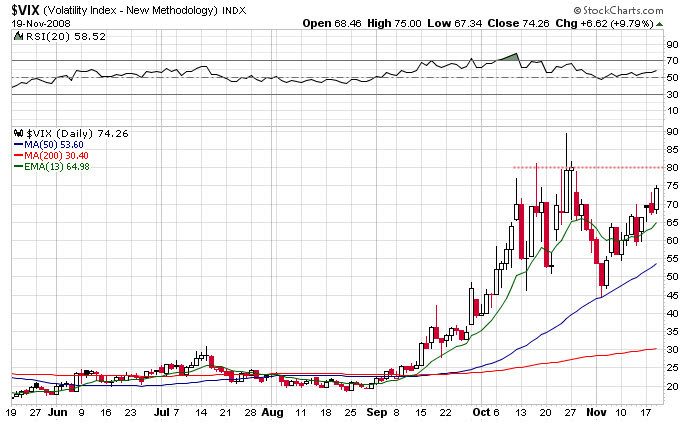