First Week Of December Coming To A Close

By noon today the markets knew where they were headed and it was lower, by over 2.5%. The breadth indicated that the selling was outpacing the buying. Selling pressure continued into the afternoon and a spike was seen when the morning lows were broken in the S&P. However, there wasn’t a surge in selling when that technical level was broken and the technical levels from yesterday held as support. 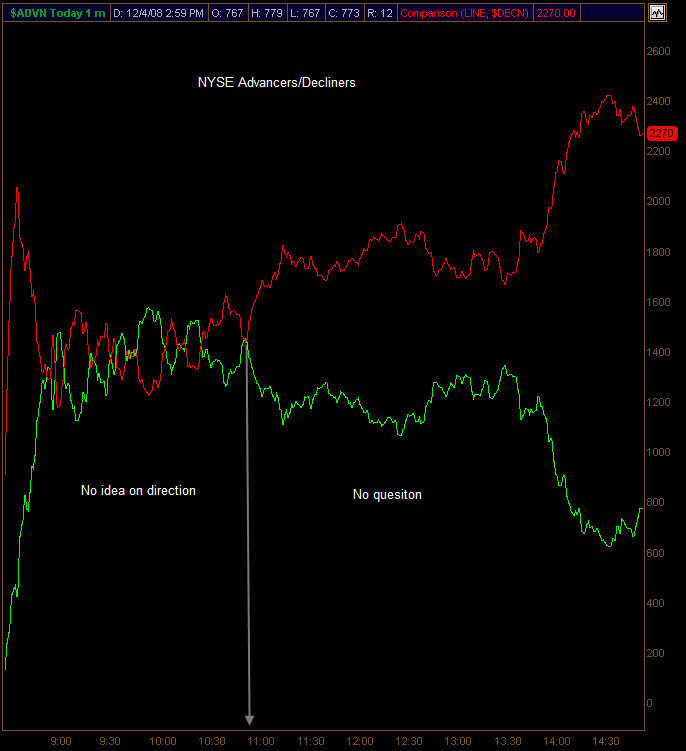 The weekly jobless claims were a bit lighter than expected coming in at 509K with the expectation being a loss of 537K. In addition, the prior week’s reading was revised upwards. However, those still on the dole from the government reached a 26 year high with today’s data. This data sets the stage for the non-farm payrolls and unemployment numbers tomorrow morning. The data comes out at 8:30 and it will be a catalyst for the market. The expected number is a loss of 320K jobs and that is 80K more than last month’s number. Keep an eye on any revisions in last month’s 240K number and anything better than 320K for this month.

In a concerted effort to ease the financial crisis, the European Central Bank and the Bank of England lowered their interest rates today. The ECB cut by 75 basis points which is the largest cut in over a decade. The BOE cut by 200 basis points which brought the rate to the lowest level since 1951. The expectation here is that the Fed will cut the interest rates as well when they meet on the 15th. Not sure how much good this will do, but the anticipation is that lowering the rates will ease lending and encourage buying. 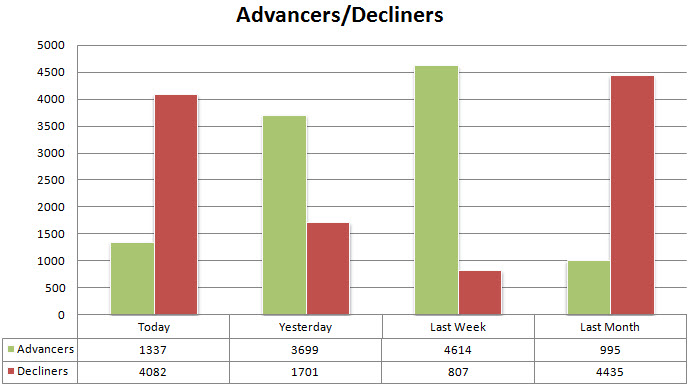 Tomorrow we get the non-farm payrolls, unemployment rate, hourly earnings, and consumer credit. BIG and BFB are reporting earnings tomorrow.