The deal is done! The Fed fired a bullet that rifled far and wide across the global financial markets when they lowered the Fed Funds rate to a range. What? Yes, a range of somewhere between 0 and .25 which not only makes it the lowest rate ever, but the first time the Fed ever gave a target range. The most interesting note from the statement was that “weak economic conditions are likely to warrant exceptionally low levels of the federal funds rate for some time.” The major indices rallied on the news and actually kept the gains going into the close. 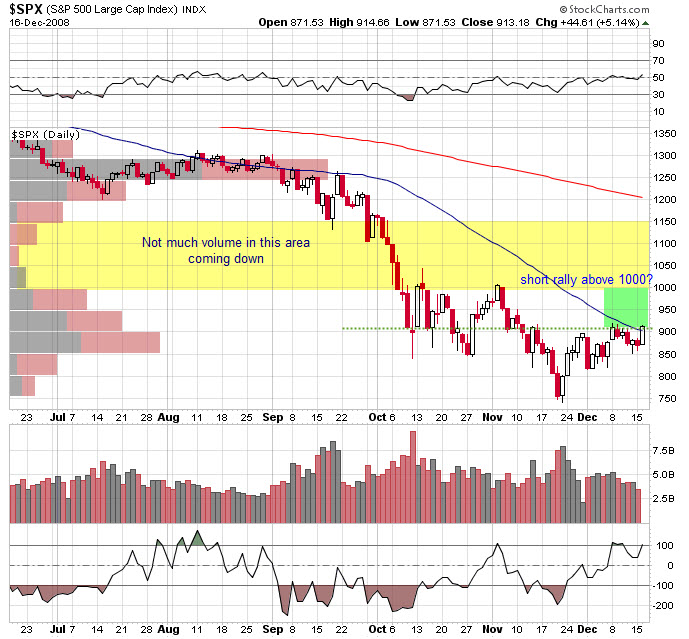 The US Dollar took the biggest hit with the Fed’s decision, as it typically shows weakness for the currency when the central bank cuts rates. The Euro actually hit $1.41 when trading against the US Dollar, a level it hasn’t seen since October 1st of this year. Oil typically rallies with a weak Dollar, but today (like yesterday), that was not the case. Oil actually continued its decline for a second straight day approaching $45 a barrel and forming a doji on the daily candle. 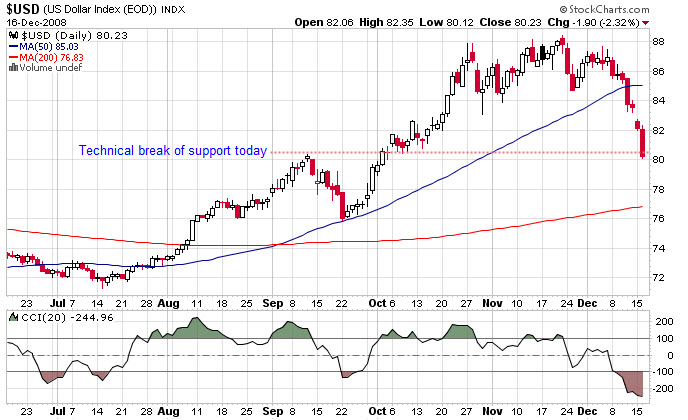 In addition to the Fed, the government said that consumer prices fell 1.7% in November making it the largest drop in history. When you take into account that October saw a 1% drop (which was the previous record) the severity of the current recession is made clearer. This data shouldn’t come as that much of a surprise since we the consumer have been feeling the pinch for some time.

Tomorrow we get the current account an crude inventories. NKE, CAG, MS, PAYX, and GIS are reporting earnings tomorrow.