Fed between a rock and a hard place

The equities market wants an interest rate cut by the Fed and they want it yesterday. It was apparent that, much like a screaming toddler, the equities market was disappointed today because they didn’t get their way. The Fed, up to this point, has used about all their “tactics” to keep the market happy and the question remains if a cut will come. My guess is that it will as history proves that big Ben has given the market what it wants to this point.

I sat and watched the markets test the lows of the day at two points. The first came in pre-market when the Fed didn’t announce an “emergency cut” at the usual time. Instead, they threw the kitchen sink at the market and it headed lower. Then, as big Ben was speaking in the afternoon, and no rate cut announced, the markets again sold off.

If we do get a cut (and I believe it will happen) what impact will it have on the US dollar? Poor old George has had his assets handed to him over the past few years as it is. In the short-term a cut would give some boost to the equities markets and perhaps others. The question that remains to be answered is the long-term impact a cut would have on the dollar. 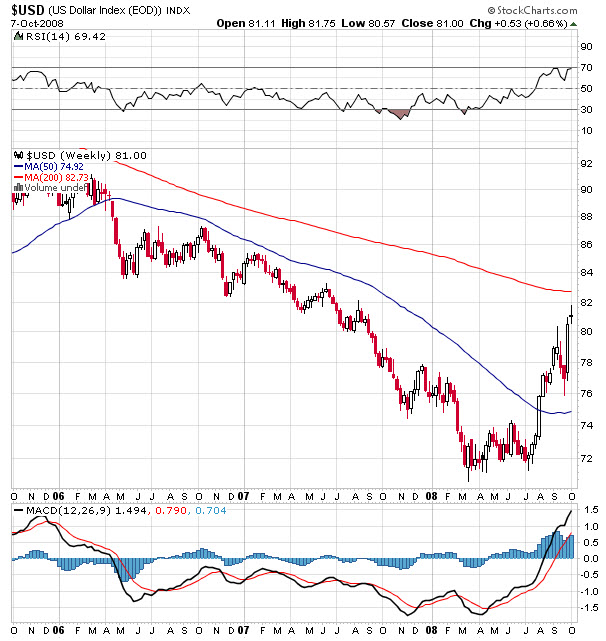