About an hour before the market closed we got the reading of consumer credit from the Fed and it was just as expected. That’s right; the consumer has put a leash on spending as well as the institutions that lend. In fact, this was the first decline ($7.88 billion) since January of 1998 when consumer credit fell $4.7 billion. I guess if there is less debt out there that translates into fewer defaults later (hint: silver lining for Q1 of 2009).

Most of the decline was from a $7.27 billion drop in non-revolving credit which is typically used for loans on big ticket items. In other words, there aren’t many consumers out buying new cars or boats.

The drop in consumer borrowing came as retail spending slowed. U.S. retail sales fell 0.3 percent in August, and were down 0.8 percent excluding automobile and parts sales. Not a good sign for the retailers as we are entering the holiday season. Although given our history (as evidenced by the chart below) we will probably dig deeper into debt to give those we love what they want. 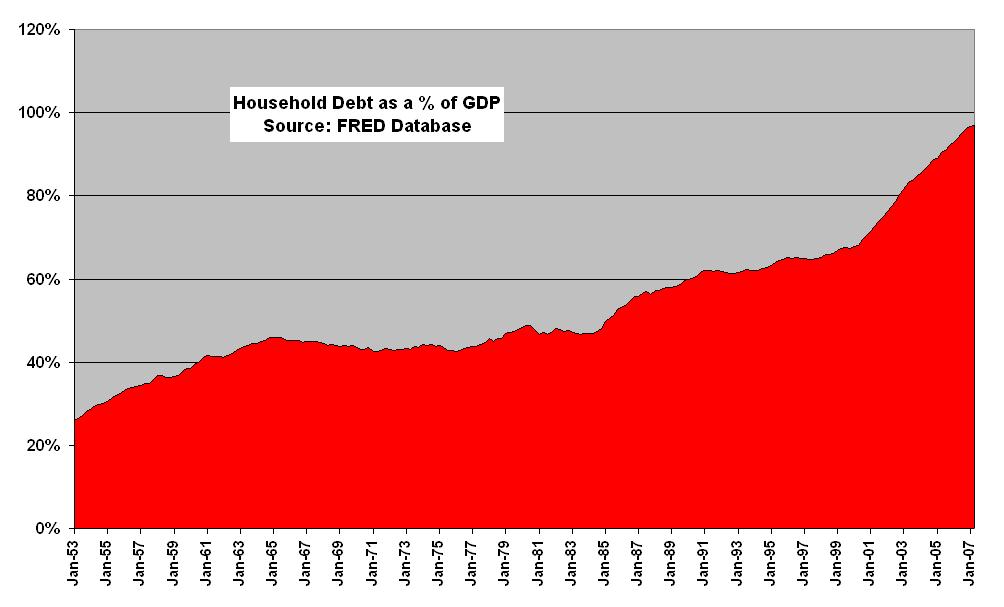