I recently read an interesting article about trader education in which Bill Luby wrote “As I see it, all traders are ultimately self-taught.” I can attest to this statement, even though I did have a mentor, as my market participation today is steeped in my own blood and sweat. 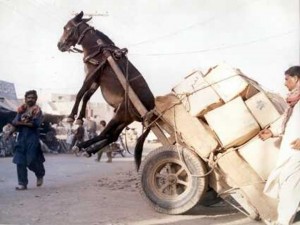 The knowledge I now have wasn’t easy to attain but manageable. I’ve seen many struggle to learn about the markets only to give up and walk away frustrated and jaded. Don’t make it that difficult! Pulling from my background in cognitive psychology I want to share an area of science that helped me in gaining my market knowledge–cognitive load.

Cognitive load, as the name would suggest, is how much working information an individual can consume in a given period. There is a science to learning which has less to do with how hard you study and more to do with how efficiently you study. In other words, treat your market education as you would a trade by creating a detailed plan. Cognitive load theory was designed to help learn large schema and is widely used as an efficient way to transfer working knowledge into long-term knowledge. Cognitive load is broken down into three separate areas, each of which serve a purpose in assimilating the mounds of data that can overwhelm.

Trading isn’t as easy as picking a system that someone touts with a high win ratio then plug your capital in and make cash withdrawals as needed. In fact, if you want to be successful you’ll need to devote many hours to studying, tweaking, testing, questioning and processing data. The markets are dynamic and thus education is anything but stagnant. Long gone are the days of binging and purging material so you can get an A on a quiz. If you don’t put forth the effort to efficiently learn about the markets, your education will be an expensive one.