$GE is being largely blamed for the downside movement today in the equities market as it was hit with a negative ratings outlook. The stock itself lost about 8% with greater than average volume today. The major indices all closed lower with the Dow losing nearly 2.5% followed by the S&P 500 with a 2% loss. Decliners outpaced advancers by a small margin (8%) but nothing overwhelming. 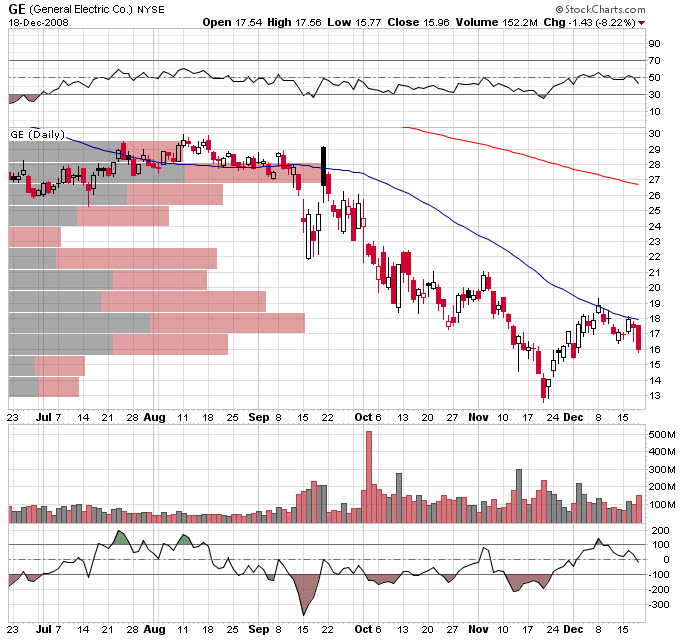 An interesting development is going on in the world of volatility as we are seeing a test of support in the $VIX. Today, at one point, the $VIX was firmly below $47.50 which has held as support since November 4th. What’s nice to see is that even if the major indices close lower it’s not an automatic increase in volatility. There is however the concern that investors are becoming complacent with all the bad news and the belief that such news is already priced into the market. Complacency often leads to shock and denial. 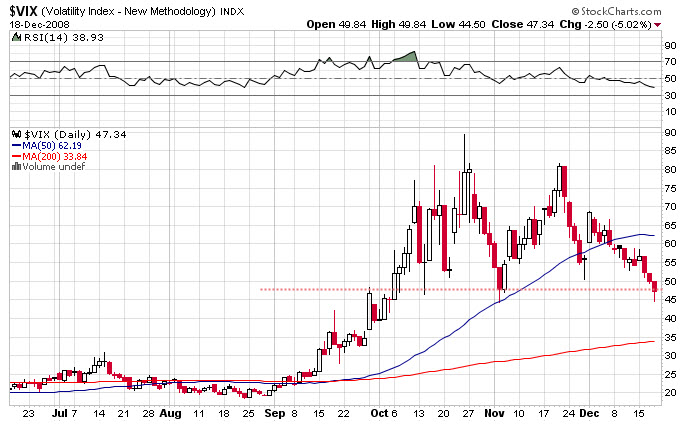 Since the recession “officially” began last December, nearly 2 million workers have lost their jobs, and more than 500,000 jobs were shed in November alone. Today, weekly jobless claims came in a bit lighter than expected with 554K new claims being filed last week. The prior week’s data was also revised down an additional 2K jobs for a total of 575K. With the headlines full of cuts and pending plant closures, the unemployment rate is likely to increase into the new year.

Tomorrow is options expiration and there are no scheduled economic events for the US. However, Canada gets their consumer price index (CPI). JBL, DRI, and CTAS are reporting earnings tomorrow.