As I tweeted early on Monday, the $SPY managed to stay within the overall 60-day trend. I’ve added a decent channel into that trend which shows the potential bear trap still intact that I mentioned earlier in the month. 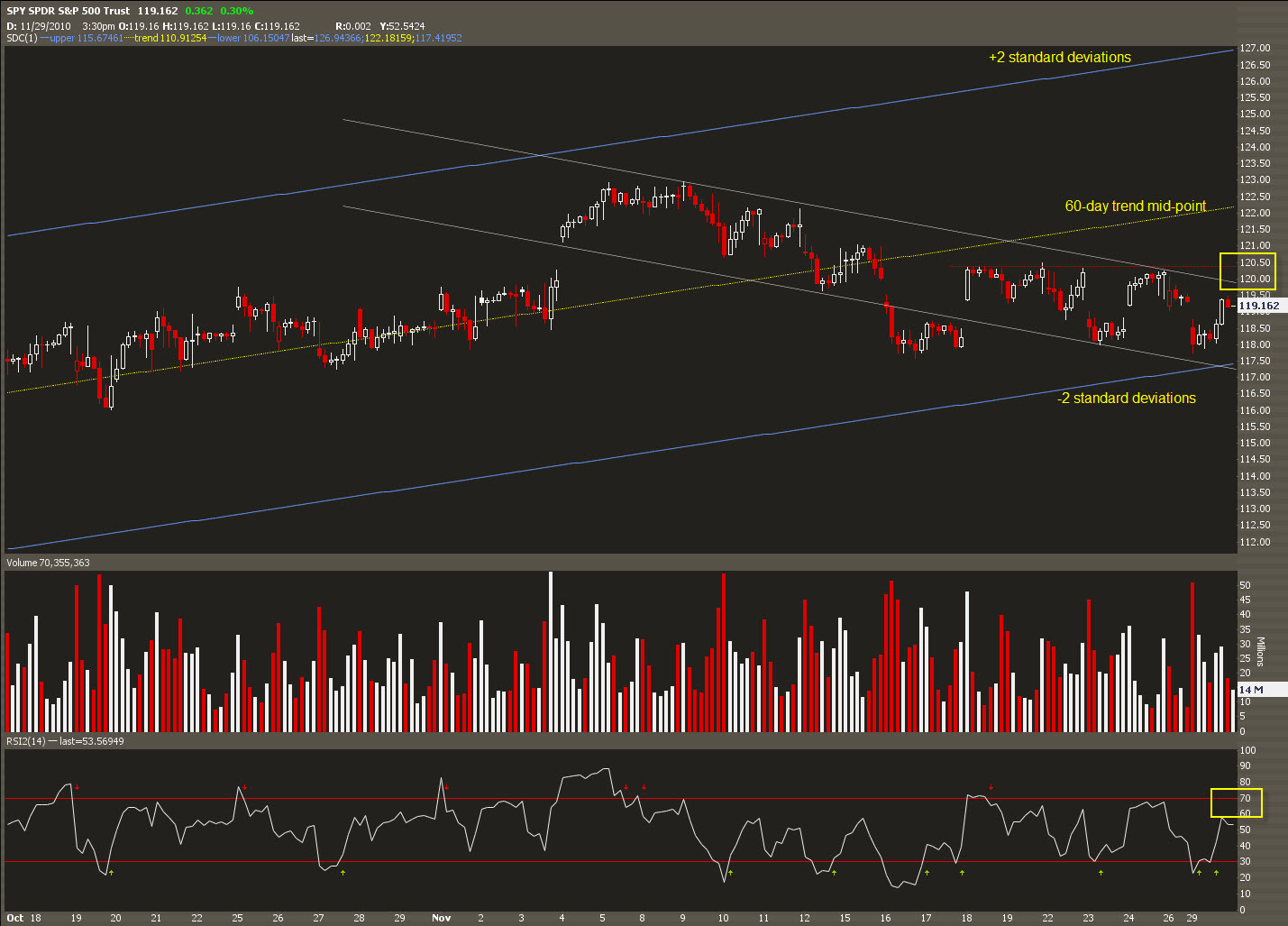 Seasonality has the first day of December as being positive and the month as a whole as being somewhat bullish. I think the 120-120.50 range will be a big area for stops on those that are short as well as an area for new longs entering. I’m watching that level closely as it’s been a sticking point for the past few weeks.

I have my 40% position on in put spreads but still lack 30% on the call side so my Delta is currently positive versus my preferred neutral. I’d like to see a push higher here into the non-farm payrolls number on Friday. A break up into that 120-120.50 are  should be enough of a push to get my remaining call spreads sold for December. Caveat is, as we’ve all seen, the $USDX trumps most well laid plans so cautiously optimistic for a push higher here.