What a crapshoot this market has been lately. This type of uncertainty and wild swings is indicative of the record high volatility in the market right now. The average investor, if they’ve chosen to participate, has more than likely become a day trader. While this is a viable way to make a living, it is definitely one that wears on the nerves.

The semiconductor sector ($SMH) has seen some severe selling lately since breaking some long-term support at $28. With tonight’s close at $18.11, the ETF has seen levels it last saw over six years ago. The semiconductor sector can give signs of weakness and strength in the overall tech sector as most technology involves semiconductors. Three of the largest components of the SMH ETF are Intel ($INTC), Applied Materials ($AMAT), and Texas Instruments ($TXN). 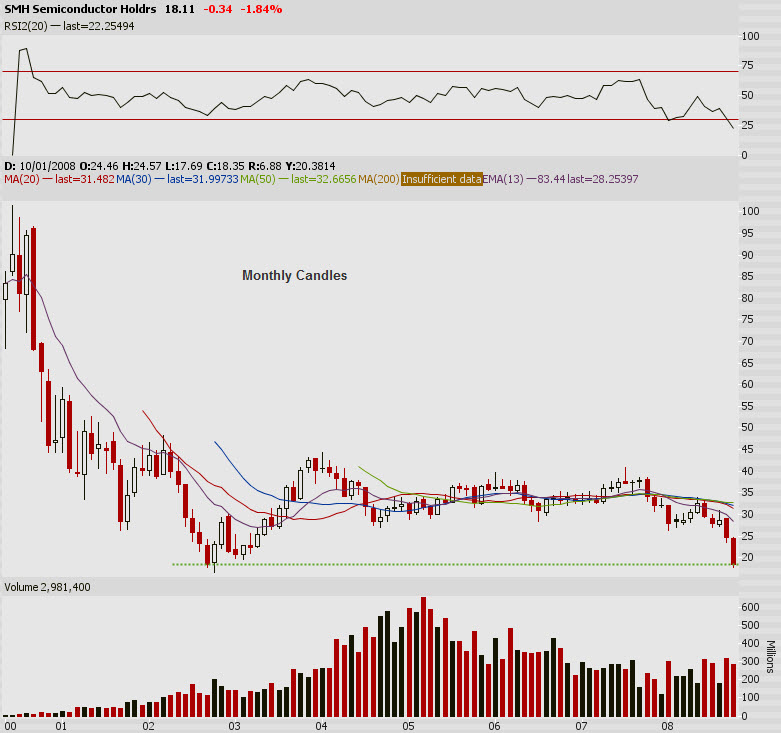 Mr. Softy ($MSFT) had decent earnings tonight after the bell and traded up as a result. The street was looking for $.47 a share for the quarter and MSFT delivered a penny better. Net income for the quarter rose to $4.37 billion with the same quarter last year showing $4.29 billion. The quarter saw Microsoft’s revenue rise 9%, and it was a pretty broad based gain in all areas of the company. MSFT traded as high as $23.70 in after-hours trading. 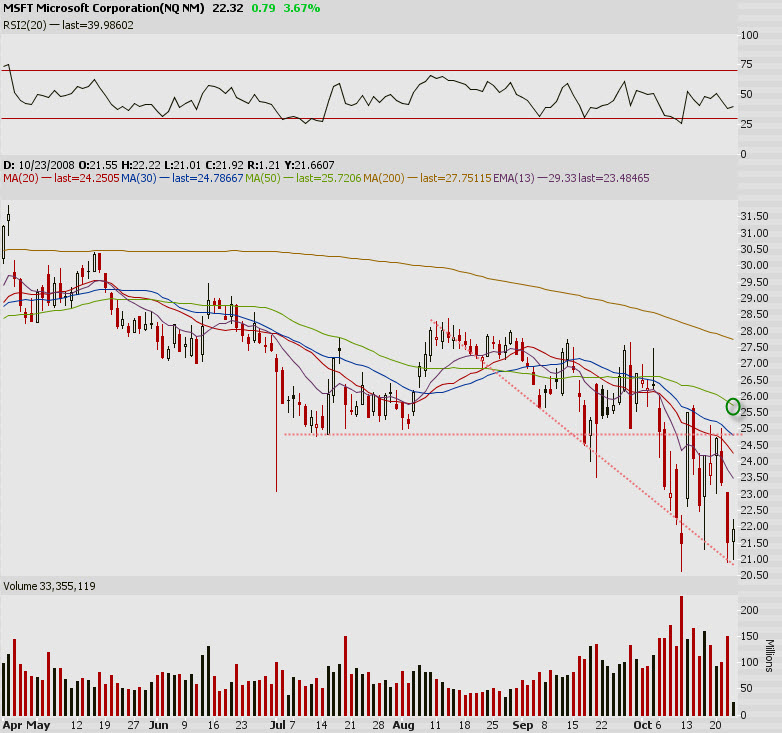