The Onyx Cycle Is Upon Us

It’s no secret that my market participation consists mainly of selling premium on the “broad based” indices. In fact, I’d go even further and say that it’s really only the $SPX with an occasional $RUT thrown in for some excitement. I thought I’d share what I look at after a option cycle completes as Monday brings with it the new cycle.

This first chart is a unique one as far as the time measured. I look at daily, weekly and monthly trends but I also like to look at the opex candle. Each candle represents an option expiration period (from the third Friday of the month to the third Friday of the next month). The moving averages I have on it are a 20 period and a 60 period and you can see the nice movement of both and why I like them. 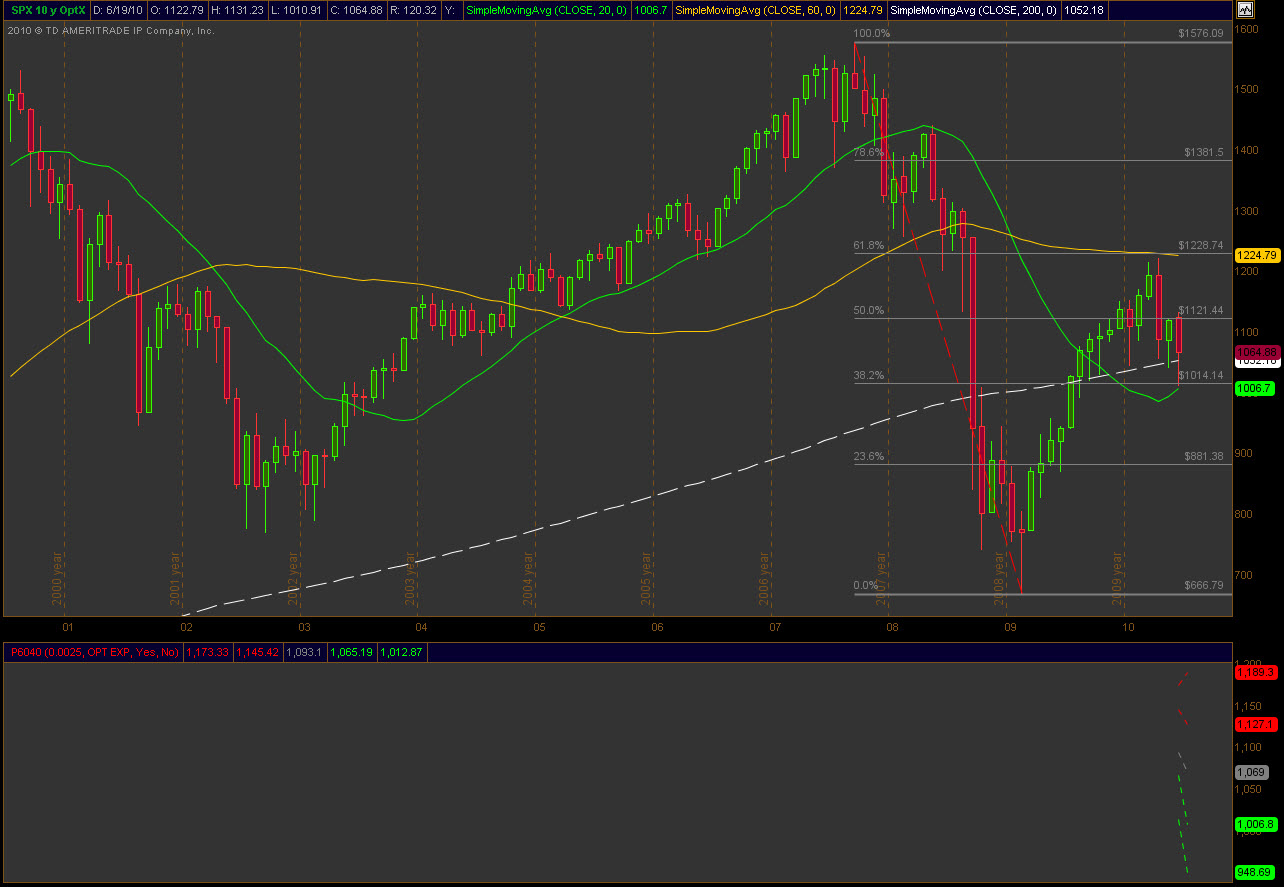 Notice how the financial crash’s 61.8% fib retracement lines up nicely with the 60 period (Yellow) moving average? That’s a significant level of resistance for me that I’m watching and, at this point, looks to be unattainable before year’s end. You’ll also notice the 200 period moving average (white dashed line) and how it’s been acting as support for nearly a year now. A close under that level ( currently 1052.18) would be less than favorable for the bulls. Just under that level is both the 38.2% fib retracement and the 20 period moving average. Both of these levels were tested this cycle and a close under either of those could serve as a proverbial nail in the coffin for any upside movement in the near future.

The final note is that I also us opex pivots and those are in the lower pane of the chart above. They’ve spread out pretty nicely lately and that has produced some nice premium in the fart out-of-the-money options that I look to sell each cycle. 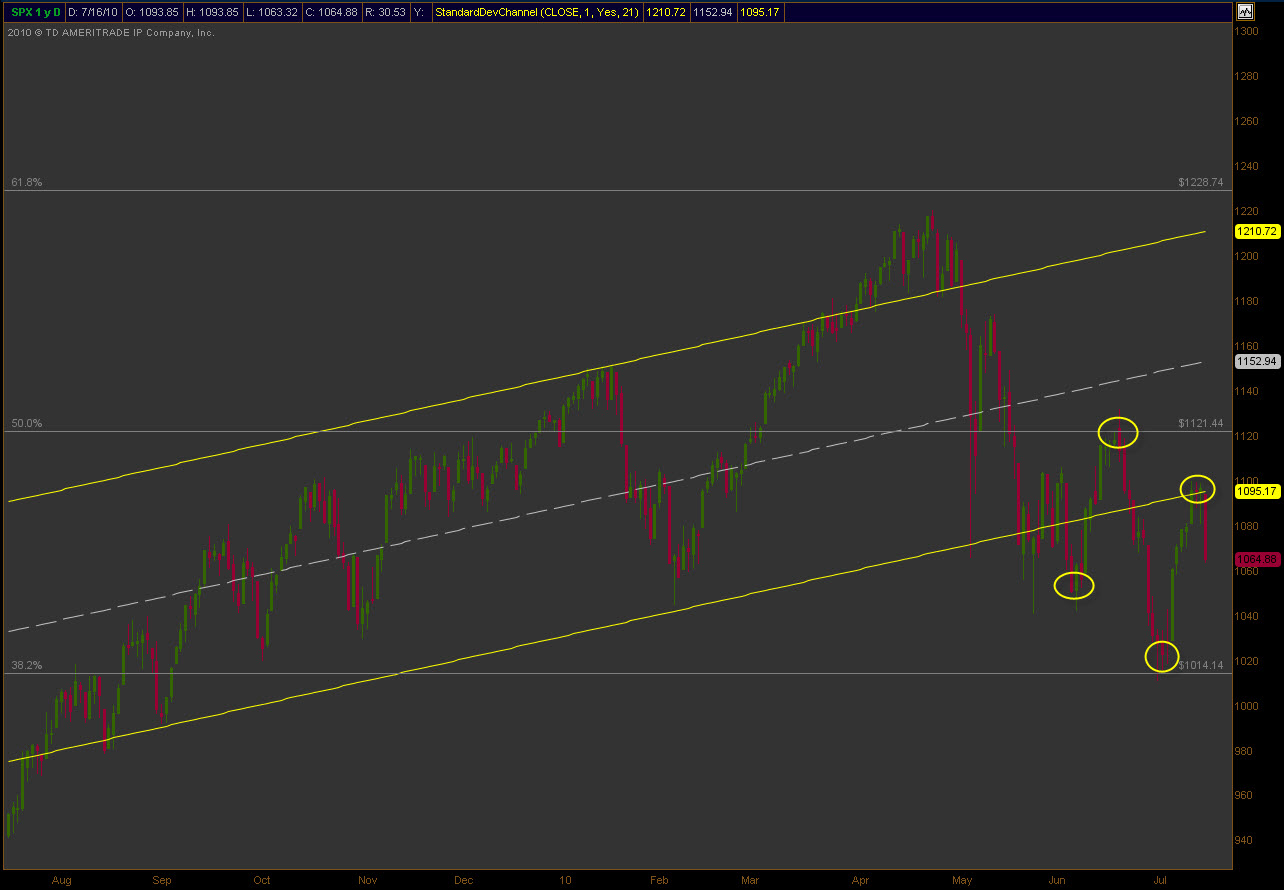 The chart above contains 1 year worth of price action and a standard deviation channel. The yellow lines are +/- 1 standard deviation from the center (white dashed) line. The same Fibonacci levels are on the chart as the first one posted and used as reference on a tighter time-frame. Notice the lower highs and lower lows? I’m waiting to see if we make a lower low here below the 38.2% retracement (1014.14). Friday’s candle was ugly and the lower channel is acting as resistance. The channel is a dynamic indicator and I use it on multiple time-frames from 1 minute on up to monthly candles.

Obviously the market will do what it does and I simply attempt to plan ahead and be proactive rather than reactive when I see an edge. As earnings season is here it appears as though the street could care less about the data and are looking to unload. That could change in a heartbeat and why I also like to monitor the breadth as well.

I’m expecting some retracement today as large sell-offs on Fridays are typically an overreaction. Add to that the negativity of the breadth and I’d be surprised if we didn’t bounce. However, the technical picture for the near-term suggests the path of least resistance is lower. Please feel free to ask any questions that you may have in the comments or via twitter.