Warning: Trying to access array offset on value of type bool in /home/335080.cloudwaysapps.com/kjttymqdec/public_html/wp-content/themes/Centumr/inc/template-tags.php on line 1109
 A Little Perspective – PsychTrader

Let’s assume, for arguments sake, that you were able to pick the bottom (or close to it) back in 2009 shortly after taking the reigns from that #*&@!^% “money manger” that lost all your hard earned money. You have no doubt considered, maybe more than once, that you could be managing others money as you’ve had a heck of a run. After all, how hard is it to buy the dip!?!

Think about that scenario as there are many out there who fit that profile as they’ve just learned to “trade” in a very unique time. They’re out there and I’ve met many as I’ve made an effort to find such individuals over the past six months. Anecdotal? Yes, but interesting nonetheless.

Take a look at the chart below which shows the price action in the $SPX since the 666 low back in March of 2008. That yellow dotted line is a cumulative moving average from that low. At the peak of the run back in May of this year the SPX was 19.59% away from that moving average. I’ve also highlighted the summer months of June, July and August and what occurred during that time. 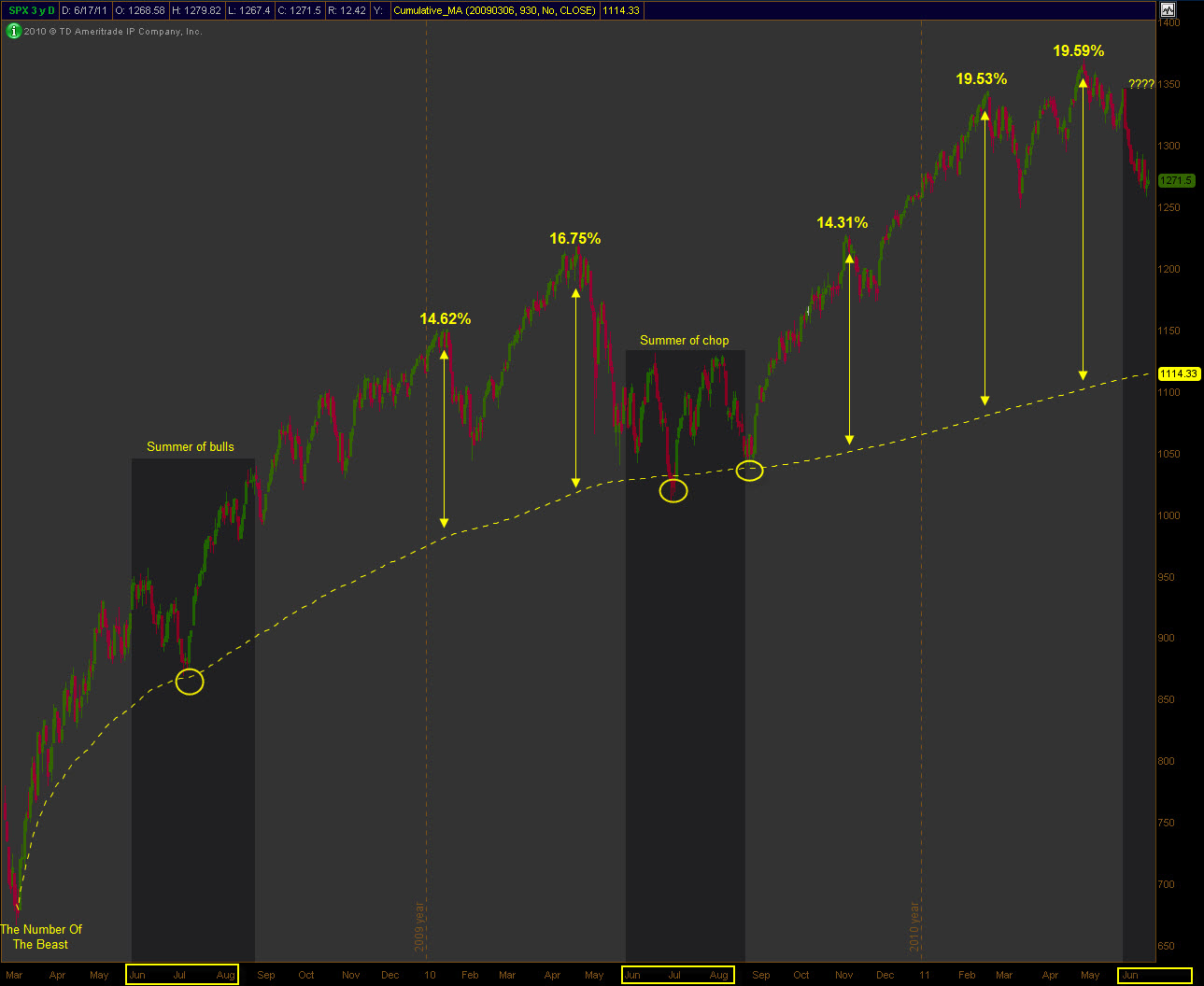