2008 will no doubt be an indelible image burned in the brains of many, both in and out of the market. The Dow Jones Industrial Average lost 35% this year, the third worst ever, as the worst was a decline of 52.7% in 1931. For the Nasdaq, this year’s loss of 41.5% is the index’s worst ever, going back to its inception in 1971. The S&P’s decline of 39% is the second worst ever, following the 47% decline the index saw in 1931. It’s nice to know that you can make money even when stocks are going down. Hooray for technical trading! 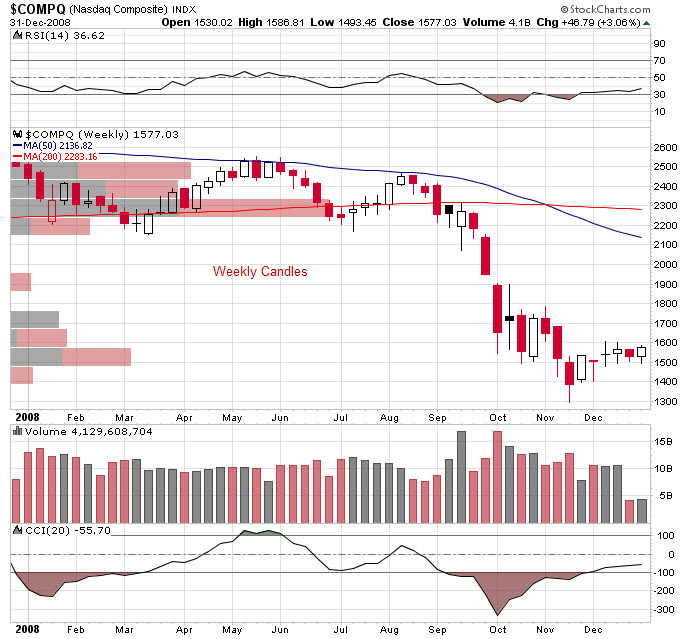 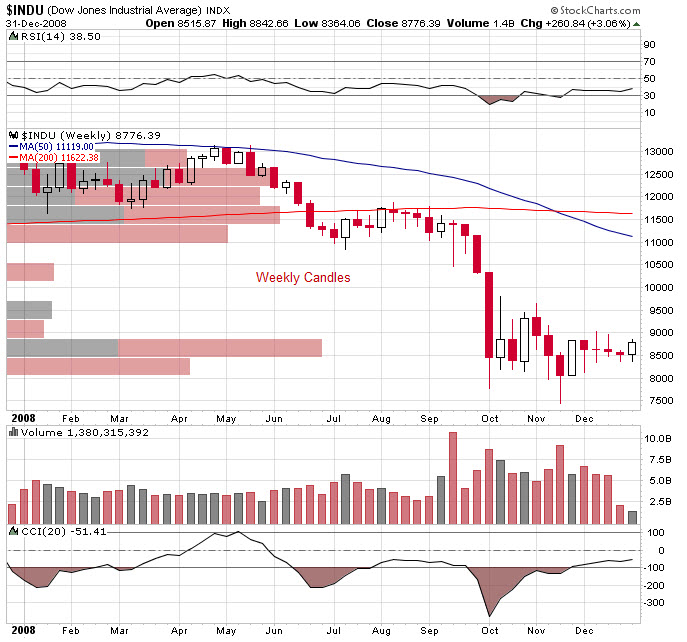 This year’s losses have been broad based, with all S&P 500 sectors showing double-digit percentage losses! The hardest hit sector was (drum roll please) the financial sector, with a nearly 60% loss for the year. The biggest loser for 2008 was $AIG , which lost 97%! However, there are some individual stocks that did fairly well for 2008 with Family Dollar Stores ($FDO) showing the largest rise of 35%. Another good performer for the year was Amgen ($AMGN) which gave a decent 24% return for 2008. 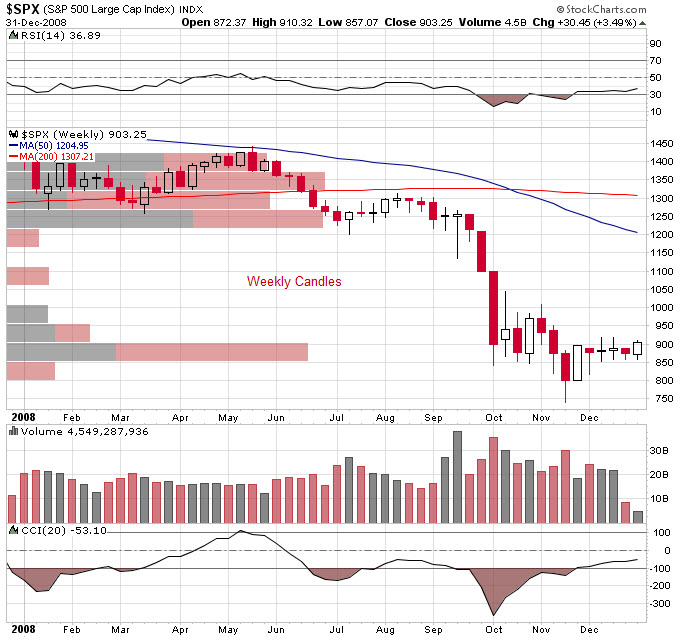 Volatility has come in significantly lately and that may be bad news for the markets. Why? Because there is a lot of hope being placed on Q1 of 2009 being decent. That’s not a bad thing in itself, but with the slew of poor economic data out there it may not be as good as some hope. Another downside is that the recent lows in volatility have come during a time of light volume overall. Remember, when the volatility is low, the market is complacent and that’s when you get caught “off-guard.” 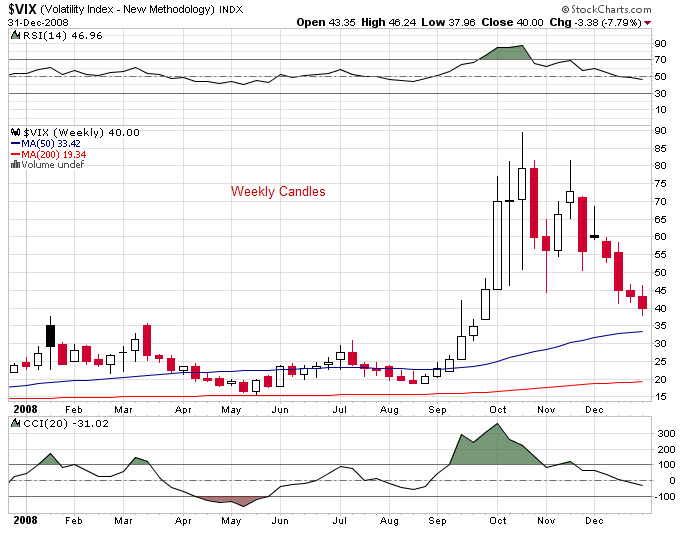 Tomorrow the markets are closed for the New Year’s holiday. Here’s to a great 2009! Trade with a technical edge and make it a profitable year.